As Mentioned earlier, Olamide did feature his son Milly in his recently released 9th studio album 999. He did the track Billion Talk where he’s heard sharing a convo with his son Milly! 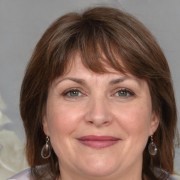